Factors that Determine the Cost of Installing Cast Iron Fencing

Different fencing materials offer homeowners varying options from which they can make a choice. Cast iron is one such material, and its continued use has caught up in the landscaping industry. Due to cast iron's durability and sturdy properties, people's preference for it over other fencing materials such as wood and aluminum is understandable. However, the cost of installing cast iron fencing is not constant but varies due to several factors. This article provides information on what dictates the cost of cast iron fencing.

Number of Corners -- The number of turns needed for cast iron fencing determines the overall cost of installation. Due to the complexities involved in the production of a cast iron fence, the more corners you need, the more you would have to pay. For instance, welding a cast iron fence with four corners requires a low-level labor force. However, if you need to add several corners, more welders would be necessary, consequently driving the cost up. Therefore, make sure that you consider the number of bends you want on your cast iron fence before making a budget.

Number of Levels -- The number of levels on a cast iron fence also determines how much you would pay for installation. Unlike in other fencing materials, multiple level fencing is common on cast iron fence. However, due to the see through characteristic of such a barrier, the addition of an extra layer is usually required to achieve a customized backdrop. If you want one level on your wall, you will pay a lower price compared to having a multiple-layered cast iron fence. Firstly, the number of materials are doubled or tripled, and you would require a large labor force to replicate the original design on following levels. Nonetheless, due to the automation of the fencing production process, the cost of producing multiple-layered cast iron fences has reduced considerably over the years.

The Complexity of Patterns -- One of the main advantages of cast iron fences is that you can insert different features and patterns on the fence. For example, you could decide to have simple rings welded between the metal rods, or you could choose an intricate design such as a rose flower. The more complicated the pattern, the more the cost of installation. If you are on a tight budget, there is no need to add complex features on your cast iron fence because their only purpose is to add aesthetics. However, if your budget is open, you could choose whatever pattern you desire. 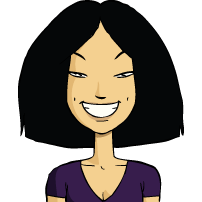 Hi, my name is Sue, and I love deer. They are the cutest animals in the world in my opinion. However, that doesn't change my level of frustration when I find them eating the veggies I've worked on all summer. Over the years, I have learned a lot about deer and how to keep them out of your farm. If you flip that, I also have a basic understanding of how to keep deer in, if you are ranching them. I love to write, and now that my kids are older, I have extra time on my hands. I decided to start a bog about deer and fencing. If you have questions, I hope they get answered here.